ISLAMABAD: The finance minister said due to cheap prices of the commodities and petroleum products during the COVID-19 pandemic, the balance of payment (BoP) situation eased off and foreign exchange reserves climbed up.

When the prices started going up, the previous government failed to manage the BoP situation, and resultantly the foreign exchange reserves plunged to below $10 billion again, which was not an encouraging sign, he added.

The reserves, however, were going to rise above $12 billion within a week due to inflow of US$2.4 billion from China, the minister said.Miftah said in order to streamline the economy, the coalition government had to take tough decisions to save the country from default. With the difficult decision of raising the petroleum prices by Rs 60 per liter, “we have managed to avert an imminent default.

Now we will move towards the stability stage and then towards the sustainable growth stage.” He said during the COVID pandemic, the previous government had a good opportunity to ink long term agreements, but it failed to do so.

“The world also gave us incentives during the pandemic, but the then government failed to manage the fiscal space and resultantly the CAD increased.” He said the PTI regime had laid “economic land mines”,

which were in fact against the state of Pakistan and not the present coalition government. The whole nation had to face hours long load-shedding due to their mismanagement.

The minister said the country’s Foreign Direct Investment (FDI) in 2017-18, the last year of PML-N government, was $2 billion, which had reduced to $1.25 billion in the outgoing fiscal year.

Likewise, he said, the Federal board of Revenues’ tax collection was over 11% of the GDP during the last PML-N tenure, but the PTI government failed to increase it in the first three years and even in the fourth year it could not reach to 11%, while it should have been over 15 %.

Minister for Planning Ahsan Iqbal said the GDP growth rate showed higher numbers due to re-basing of the economy. “If we consider the original base then the numbers will be very low.” He said the development sector received the biggest hit during the outgoing fiscal year as against total allocation of Rs 5,500 billion under the Public Sector Development Programme (PSDP), only Rs 900 billion was released.

“When the public sector investment shrinks, then that of the private sector also shrinks as both are inter-linked,” he added.In 2017-18, he said, the Western world was lined up to invest in Pakistan but the PTI government failed to attract the investment.

Ahsan Iqbal maintained that no government would never want to burden the common man by increasing Rs 60 per liter petrol price.

“We delayed the price hike by one month as we explored the possibility of creating fiscal space to continue the subsidy, however, we could not find any space and had to take a tough decision.”

He said for a big country like Pakistan, at least Rs 2,000 billion should be allocated for the federal development programme to meet the needs of the people.

To a question, Miftah Ismail said after the budget, the government would engage the International Monetary Fund (IMF) with better reforms. 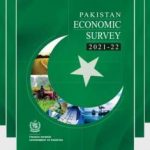 Next Article Pakistan Real GDP Posted A Growth Of 5.97 Percent In FY2022