BEIJING: The China-Pakistan Economic Corridor (CPEC) will help address the looming food security challenge of Pakistan by introducing modern farming to enhance the country’s yield through agricultural cooperation, a government official has said.

Pakistan has realized that food security is an important component of national security, and agribusiness is being promoted through more investments in the agriculture sector, which will be further enhanced under the CPEC framework, Syed Zafar Ali Shah, a top official of ministry of planning, development and special initiative, told Xinhua in a recent interview.

“As a part of improving food security, this year we are investing more in the water sector and the agriculture sector to increase our yield … all these sectors are strengths of China, which has shown great performance and productivity,” he added.

Talking about the potential of his country’s agriculture sector, the official said that it is a big producer of milk, vegetables and fruits, but a huge chunk of it goes wasted due to the unavailability of processing units and the supply chain.
Chinese investors can tap the potential of the sector as they invested in other sectors, he said.

The secretary said that his country is committed to CPEC, and no matter which political party is in power, there is a joint consensus that the project is important for the economic development of Pakistan.
CPEC is a multifaceted program that catered to the needs of Pakistan, including the most urgent and pressing demand to meet the electricity needs of the country that was facing up to 18 hours of load shedding when CPEC was introduced, he said.

Talking about CPEC’s role in the overall development of Pakistan, he said that it started off with infrastructure, followed by a new phase of industrialization which is going to be started in the special economic zones (SEZs) under the framework of CPEC.

“FDI in SEZs has played a great role in the countries which were short of capital … China being one of the largest investors in the world is our close friend, so we are hopeful that the Chinese investment will contribute a lot to the economic development of Pakistan,” Shah said. 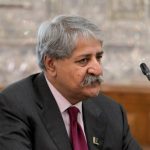 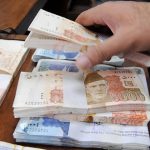