ISLAMABAD: Pakistan urgently needs a wider tax base through documentation and by netting millions of identified non-filers and tax evaders to pocket hefty pilfer-aged revenue rather than over burdening the existing bonafide tax payers.

Talking to a delegation of traders from Vehari led by Ch Zahid Iqbal Arain, former vice president FPCCI Meher Kashif Younis said it was time for the coalition government to boost up the foreign and local investors’ confidence and perceptions, according to a press release issued here.

He said it was not fair to tax the already heavily taxed industry and government should rather tax unproductive areas like real estates and cut its wasteful expenditures over the heavy loss incurring state owned entities.

He further claimed that commercial importers were spared from giving the full taxes whereas retailers, non filers holding real estate businesses, big agricultural lords had been levied with mild taxes.

He further held that the taxes were the major revenue for a country but over taxation creates a negative impact on economic growth and equally affects the life of the people.

He urged the government to rationalise the heavy taxation on industry to help strengthen the national economy on sound footings, which he added was a pre-requisite for the survival of the countr. 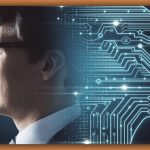 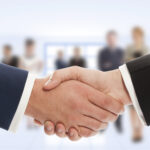 Next Article UK-Pakistan Trade Can Be Doubled In Two Years

ISLAMABAD:Islamabad Chamber of Commerce and Industry on Monday said that the new fixed tax regime introduced by the FBR for the collection of sales tax with monthly electricity bills has created concerns in the small […]

BEIJING:  Zhang Na, CEO of Beijing Guanrui Technology Co., Ltd, said  In the field of global cross-border e-commerce, we have always been committed to playing […]