LAHORE(B-Trams):Prime Minister Imran Khan said on Friday that due to far-sighted policies of the incumbent government, industrial activities in Faisalabad had started again gaining momentum.

He said this while presiding over a meeting here which reviewed ongoing development works in Faisalabad division.The prime minister said that foreign investments would increase with setting up of special economic zone in Faisalabad.The meeting was told that construction work of main roads were ongoing in Faisalabad which would help in linking the districts and motorways.

Universities and power plant were being set up in Toba Tek Singh and Jhang while work on various projects was also underway under district development package.The meeting also discussed proposed public transport project in Faisalabad, IT University and projects to enhance the beauty of the city. 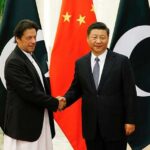 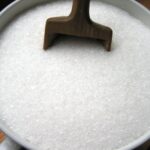 Next Article Is Tax Increase On Sugar-Sweetened Beverages ?

Global streaming giant Netflix Inc (NFLX.O) on Tuesday reported losing subscribers for the first time in more than a decade and predicted more contraction in […]

KARACHI:  Pakistan Merchant Exchange the traded value of Metals, Energy, COTS/FX and indices was recorded at PKR 13.696 billion and the number of lots traded […]