ISLAMABAD: The Federal Board of Revenue (FBR) has imposed new terms and  conditions on the international carriage of goods by roads including responsibilities of the sender and carrier of such goods from one country to another.

The FBR has notified new terms and conditionsthe SRO 2039 (I)/2022 to issue draft amendments in the Customs Rules, 2001 here on Friday.

These rules shall apply to every contract for the carriage of goods by road in vehicles for reward, when the place of taking over of the goods and the place designated for delivery, as specified in the contract, are situated in two different countries, of which at least one is a contracting country, irrespective of the place of residence and the nationality of the parties.

The goods which are to be carried have to be loaded in different vehicles, or are of different kinds or are divided into different lots, the sender or the carrier shall have the right to require a separate consignment note to be made out for each vehicle used, or for each kind or lot of goods.

The sender shall be responsible for all expenses, toss and damage sustained by the carrier by reason of the inaccuracy or inadequacy of: the information specified in rule 986; and any other particulars or instructions given by him to enable the consignment note to be made out or for the purpose of their being entered therein. On taking over the goods, the carrier shall check the accuracy of the statements in the consignment note as to the number of packages and their marks and numbers, and the apparent condition of the goods and their packaging, the new rules said.

For the purposes of the Customs or other formalities which have to be completed before delivery of the goods, the sender shall attach the necessary documents to the consignment note or place them at the disposal of the carrier and shall furnish him with all the information which he requires.

The sender has the right to dispose of the goods, in particular by asking the carrier to stop the goods in transit, to change the place at which delivery is to take place or to deliver the goods to a consignee other than the consignee indicated in the consignment note, the FBR added. 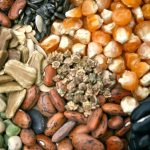 Fitch downgrades Pakistan’s issuer default ratings from ‘B-‘ to ‘CCC+’

MOSCOW: Prime Minister Imran Khan on Wednesday was accorded a red carpet welcome upon his arrival to Russia on a two-day official visit. Upon arrival […]