Govt Will Facilitate Exporters For Import of Raw Material and Other Accessories: Ishaq Dar

ISLAMABAD: Federal Minister for Finance and Revenue Ishaq Dar on Monday said that the government will facilitate all exporters including five previous zero-rated export-oriented sectors for the import of raw material, parts and accessories to meet their requirements.

“Export industry is one of the highest priority of our government,” Dar wrote on Twitter.

“Five (previously) zero rated export-oriented sectors and all other exporters will be given complete facilitation for import of raw material, parts and accessories to meet their export requirements,” he added.

The statement comes as industrialists including exporters struggle to get their Letters of Credit (LCs) approved, as the country grapples with a desperate foreign exchange crisis.

Thousands of containers packed with essential food items, raw materials and medical equipment have been held up at Karachi port.

A shortage of crucial dollars has left banks refusing to issue new letters of credit for importers, hitting an economy already squeezed by soaring inflation and lacklustre growth.

“We’ve got thousands of containers stranded at the port because of the shortage of dollars,” said Maqbool Ahmed Malik, chairman of the customs association, adding that operations were down at least 50%.

State Bank of Pakistan (SBP) forex reserves last week dwindled to $4.34 billion – the lowest in nearly nine years – with obligations of more than $8 billion due in the first quarter alone.

The reserves are enough to pay for around a month of imports, according to analysts. Pakistan’s economy has crumbled alongside a simmering political crisis, with the rupee plummeting and inflation at decades-high levels, while devastating floods and a major shortage of energy have piled on further pressure.

The forex crisis has deepened the woes of textile manufacturers, which are responsible for around 60% of Pakistan’s exports

They have suffered due to the country’s energy shortages, damage to cotton crops during the floods, and a recent tax hike.

Meanwhile, some factories have complained of a backlog of imported raw materials such as dyes, buttons, zippers and spare parts for machinery held up at the Karachi port. 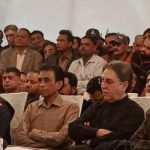 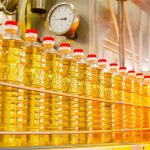 Next Article Internationally Palm oil Prices May Trade in Range of 3,522 – 3,647 Ringgit

ISLAMABAD: Prime Minister Imran Khan on Friday said that since the development of industrial sector was essential for the country’s economic progress, the government was […]