The Japanese honda automaker said last year it planned to roll out electric vehicle EV models under a new brand called “e:N Series” over the next five years with partners GAC and Dongfeng Motor.

It began selling the first model in China in April. “Honda is transforming itself into an electric brand in China with a series of unique and diverse electric mobility products that only Honda can offer,” said Honda CEO Toshihiro Mibe in a statement.

A key challenge facing Honda and its major Japanese peers, Toyota Motor Corp and Nissan Motor Co, is catching up with rivals such as Tesla Inc, which have forged ahead in the EV sector.

Earlier Honda has unveiled the design of the Prologue, its first electric SUV and a vehicle codeveloped with General Motors, Like most of its Japanese peers in the auto industry, Honda has been a laggard when it comes to all-electric vehicles.

The automaker focused too much on hydrogen fuel cells and hybrids, which resulted in a very small offering of all-electric models and virtually nothing in North America.

Since Honda stopped production of the Clarity Electric vehicle in 2019, the automaker had no all-electric vehicle in the US, For years now, Honda has been teasing its first new EV, the Prologue, codeveloped with GM.

Honda today offered the first look at the exterior and interior styling of the all-new Honda Prologue battery-electric SUV that will come to market in North America in 2024.

Prologue was conceived as a modern and fresh design that will feel at home in the showroom with existing Honda SUVs. Prologue’s generous dimensions and roomy interior position the SUV alongside the Passport in Honda’s light truck lineup.

Prologue will have a wheelbase of 121.8-inches, and is about 8-inches longer and 5-inches wider than the all-new 2023 Honda CR-V 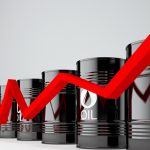 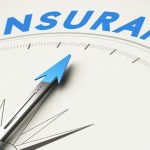 Next Article Public complaints to get insurance claims will resolve soon

Pakistan Banks to get punishment for over charging on LCs ; Pasha

ISLAMABAD: Pakistan Ministery of State for Finance Dr. Ayesha Ghous Pasha wowed on Friday to give exemplary punishment to the commercial banks who were over […]