KARACHI: Polling for the second phase of local government elections in the 16 districts of Karachi and Hyderabad is underway, on Sunday. Polling began at 8am and will continue till 5pm without any interruption.

A total of 8857 polling stations have been set up by ECP for the second phase of LG polls while 17863 candidates will contest the polls.

Around 8,153 of the polling stations have been declared ‘sensitive’ or ‘highly sensitive’.

A total of 830 candidates have been elected unopposed in 16 districts of two divisions, including seven in Karachi, and 823 in the Hyderabad division.

All educational institutions in Karachi and Hyderabad remained closed on Saturday in connection with the preparations for the local bodies’ elections.

The Election Commission of Pakistan (ECP) on Friday rejected the Sindh government’s ruling to further postpone the polls and announced that local government (LG) elections in Karachi, Hyderabad, and Dadu will take place on January 15.

The provincial government’s order was rejected on basis of legal and constitutional principles. “Local government polls in Karachi and rest of Sindh will be held as per the schedule,” said CEC. “Army and Rangers officials should be posted at high-risk polling stations for security purposes.”

After a day-long consultation, Muttahida Qaumi Movement-Pakistan (MQM-P) on Saturday night announced that it would boycott the local government (LG) elections scheduled to take place today (January 15) in three divisions of Sindh, including Karachi and Hyderabad.

Earlier, amid speculation that the MQM-P could part ways with the coalition government or even boycott the elections, Bilawal offered the party some last-minute advice.

Talking to a private TV channel, he said the MQM-P was a “very old and senior” political party and advised it to “fully participate” in the LG elections, adding that the elections were very important so political parties could work together for the development of Karachi and Hyderabad divisions.

The second phase of the Sindh LG elections was originally scheduled for July 24 but the Election Commission of Pakistan (ECP) moved it to August 28 citing “possible rains and bad weather” in Sindh.

On August 24, the ECP postponed the polls for a second time due to persistent rains and risk of urban flooding and announced that voting would be held on October 23.

On October 18, the ECP delayed the polls once again on request of the Sindh government, which said that there were difficulties in providing security for the elections as it is facing a shortage of 16,000 police personnel.

On November 16, federal and Sindh governments refused to provide the required assistance to the ECP for holding local government elections in Karachi and Hyderabad divisions as the electoral body reserved its verdict in the case related to delay in LG polls in these two divisions comprising 16 districts.

The Interior Ministry officials conveyed to the ECP that military and paramilitary personnel could not be assigned first-tier election duties in the LG polls due to their extensive engagements in different parts of the country.

The Sindh government cited the engagement of Sindh police in flood relief operations to refuse the provision of the required number of police personnel for security during LG polls in the two divisions. 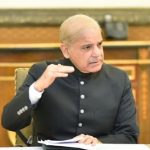 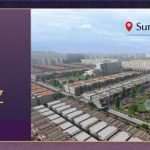