The All Pakistan Textile Mills Association (APTMA) in a letter to Prime Minister Shehbaz Sharif on Friday warned that the country’s textile exports could fall below $1 billion a month from January 2023 onwards.

The letter highlighted a range of issues facing the textile sector which is currently operating at less than 50 per cent capacity.

“A very substantial number of jobs have already been lost and many more are to follow if remedial measures are not urgently undertaken,” APTMA’s Patron-in-Chief Gohar Ejaz said in the letter.

Ejaz said that the international economic situation “primarily caused by the Ukraine crisis combined with the floods in Pakistan have combined to formulate the perfect storm for our economy”.

APTMA attributed the decline to supply chain disruptions, liquidity constraints, energy shortages, and the non-functioning of new projects in the letter.

It said that recent floods destroyed the cotton crop with only five million bales available this year whereas the industry required 14 million bales.

Meanwhile, it added, foreign exchange issues have curtailed the import of cotton and other essential inputs for exports. “The cost has increased by 20% due to demurrage/detention and delays,” it said.

APTMA urged the premier to clear all imports of export-oriented sectors which have arrived at parts whether against Letter of Credit (LCs) or cash against documents.

On liquidity constraints, APTMA said that a much higher quantum of funds is stuck in work in progress as a consequence of a 17% sales tax and devaluation on all inputs.

APTMA called for the restoration of SRO 1125, zero rating for the textile value chain while collecting sales tax on domestic sales at the point of sale. It urged to immediately refund all deferred sales tax, tuff and other dues.

The textile association said that the government should also provide the textile sector with a moratorium on capital repayment from July 1, 2022 to June 30, 2023.

“Due to marked differences in RLNG/gas rates being offered to textile mills in Sindh and Punjab, Punjab-based industries are no longer viable and have no option but to close down as they are no longer competitive and available orders are shifting or in process of shifting to the cheaper alternatives internationally and within Pakistan.”

The association also said that the textile sector invested $5 billion, in the past two years, in setting up new factories. “Some of the machinery of new plants/ expansions is still stuck at ports, LCs are being delayed for spare parts, and electricity and gas are not being provided to these new units.

“Machinery that has arrived at ports and is not being cleared delaying projects and incurring capital costs to a level where they have become uncompetitive,” it said 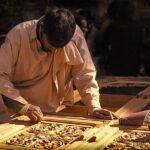 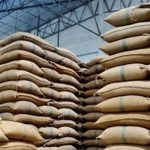 Next Article Pakistan Food Security Is In under Provoke Threat

ISLAMABAD: The Economic Coordination Committee (ECC) of the cabinet has approved dropping of two amendments in TCP tender documents for import of wheat through Gwadar […]