MARKET NEWS :  Palm oil  prices, which have risen in recent weeks, to remain at current levels in the near term on the back of seasonality factors, competitive prices against the soybean oil market, decent export performance, ongoing geopolitical tensions and collecting CPO in Indonesia.

At the current level, CPO prices are better than the lowest prices this year, but they are not quite high prices compared to the first half of the year when inventory was high and CPO prices were rising,” says head of research at CGS-CIMB Securities in Malaysia Ivy Ng Li Fang.

As we said In our arctile On Nov 17, 2022that As per this current senario We are analsysing that palm oil price will slumps more upto 3,500 Ringgint Per tonne and will trade between 3,500 – 4,000 Per Toone

Indonesia, the world’s largest palm oil producer, has begun waiving a levy on the export of palm oil products since mid-July to help reduce excess stocks built up following a three-week export ban at the end of April that was designed to stabilize the local market. vegetable oil prices.

While Ivey notes that Indonesian CPO exports currently remain more competitive than Malaysia after the former country waived taxes on palm oil as long as the CPO reference price remains below $800 (RM3,795.20) per tonne.

Therefore, it seems that Indonesia is able to convincingly reduce its reserves. Although this happens a little at the expense of Malaysia.

Inventory cuts in Indonesia came as relief to a market worried about price pressures. The combination of these factors helped [CPO] prices rebound about 20% from a month earlier,” Ivey says. 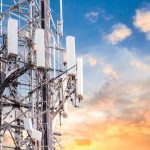 WTI Crude Oil : rose more than 2% to above $114 per barrel on Tuesday, extending a relentless rally for a fourth straight session amid […]