The global palm oil market has undergone many changes over the past few years: first due to the COVID-19 pandemic, which led to a reduction in the production & consumption of vegetable oils in the world, and then due to the conflict in Ukraine, which caused significant changes in the trade in both vegetable oils, as well as cereals. Both of these global factors have significantly affected the global vegetable oil market. About their impact on the palm oil segment, as well as what local changes they led to, later in our material.

The situation in Indonesia and Malaysia, which together account for about 84% of global palm oil production, has changed significantly since 2020.

Recall that in late 2019 and early 2020, Malaysia could not realize its export potential due to trade disputes with India. And in early January 2020, India imposed a ban on the import of Malaysian butter amid a political conflict between the countries. This led to a sharp decline in palm oil exports from Malaysia and the accumulation of significant stocks of the product. 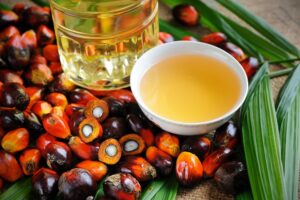 However, after the resolution of these disputes, the country faced the COVID-19 pandemic. The main problem in this case was a significant outflow of labor from the country, because a significant part of all industrial workers in Malaysia are foreign workers. Moreover, the problem with the shortage of labor did not become a key factor immediately, but had a “cumulative effect”. So in 2021 and 2022 it has become fundamental in the issue of the country’s production potential. In particular, the lack of workers on plantations leads to the loss of oil palm fruits.

According to analysts from the Malaysian Palm Oil Council (MPOC), over the past three years, the country has seen a steady downward trend in the production of the product compared to previous years. Against this background, producers and local experts predict that palm oil production in Malaysia may decline for the third year in a row. It should be noted that, according to the forecast of Oil World (Germany) specialists, the production of the product in 2021/22 MY may amount to 18 million tons, which is only 0.8% higher than the previous season, while compared to 2019/20 MY, the volume of oil production lower than 1 million tons.

In turn, if some improvement is expected in palm oil production in Malaysia, then the export of the product continues to decline. In particular, according to the forecast of Oil World (Germany) analysts, based on the results of MY 2021/22, the volume of shipments of the product to foreign markets may decrease for the second year in a row – to 15.5 million tons against 15.88 million tons in the previous MY and 17.22 million tons in MY 2019/20.

Considering in more detail the pace of exports of palm oil from Malaysia this year, it should be noted that the volume of its shipment is generally inferior to the indicators of previous years, especially in 2020 and 2019. 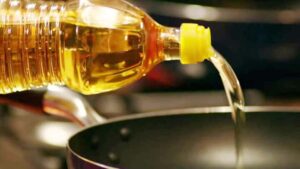 Against the background of low palm oil exports from Malaysia, along with a certain increase in production, palm oil stocks in the country fluctuated, but generally increased. According to the latest estimates of MROS experts, in August this year, the stocks of the product reached 2.09 million tons, which is the maximum figure for the last 33 months.

Returning to the issue of palm oil exports from Malaysia, the fact that Indonesia, the main competitor in the oil market, played a significant role in reducing the shipments of the product, made significant changes in the policy of palm oil trade.

In particular, this year Indonesia surprised the global vegetable oil market with its decisions regarding the policy of internal regulation of the market.

First, back at the end of January 2022, the government announced a special requirement for palm oil exporters. Thus, companies had to sell 20% of the volume of the planned export of crude palm oil and olein on the domestic market, but already in March of this year. the mandatory domestic oil sales (DMO) indicator was raised to 30%.

However, due to the fact that export restrictions did not contribute to a rapid reduction in prices in the domestic market, the government decided to temporarily ban the export of the product at the end of April. This had the desired effect and prices fell somewhat, but caused a tangible reaction from both exporters and consumers. The Solvent Extractors’ Association of India called the move “highly unfortunate and completely unexpected.” In turn, the Indonesian palm oil association GAPKI said it would adhere to the government’s decision, but asked for a review of the ban if it harms the industry.

In May this year. Indonesia lifted the ban on palm oil exports, noting that prices fell short of the target Rs 14,000 per litre, but fluctuated between Rs 17,200-17,600/l, dropping from Rs 19,800/l to the start of the export ban And although the ban lasted for several weeks, it had a significant impact on the vegetable oil market, artificially creating a shortage of product supply on the world market in a situation where, due to the conflict in Ukraine, there was also a reduction in supplies of sunflower oil to the market, due to the conflict in Ukraine, and soybean and rapeseed oils are not enough to meet global demand. At the same time, this measure was not enough to satisfy all the plans planned by the government, so DMO was retained.

At the same time, there was a problem of excess palm oil in the country. Therefore, the Indonesian Ministry of Commerce, by its decree of June 9, 2022, introduced an accelerated palm oil export scheme aimed at shipping at least 1 million tons of crude palm oil from the country, and also reduced the maximum export tax on crude palm oil from $575 to $488 per ton to stimulate its exports, consisting of an export tax of $200 per ton and an export duty of $288 per ton.

However, this measure again did not have enough incentive to accelerate the export of the product from Indonesia, which is why at the end of June the government decided to cancel the tax on oil exports until September 1 of this year, after which the tax will be set in the range of $55-240 per ton, depending on the reference price. This, according to the expectations of market operators, should contribute to the reduction of palm oil stocks in Indonesia. But at the end of August, the government announced the extension of the zero export tax for another two months – until October 31 this year. 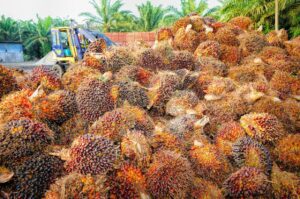 Also, the government in August this year reduced the duty on the export of vegetable oil. In particular, on August 1-15, the customs duty was set at $52 per ton, and in the second half of the month – $74 per ton. At the same time, analysts believe that against the background of the expected increase in the reference price for butter in September this year. to $900.52 per ton, the duty on it may increase to $148 per ton.

If we take a closer look at the volume of shipments of palm oil from Indonesia this year, then in the first quarter of 2022, oil exports increased and reached 1.8 million tons in March. However, in April, when high export duties on the product were in effect, shipments decreased to 1.7 million tons, and in May, during the period when the government imposed a temporary ban on the shipment of the product, the country supplied only 330 thousand tons to the foreign market!

However, as soon as the government resumed foreign trade, although certain restrictions were still in place, due to strong demand from importers in the face of limited supply on the world market, exports of Indonesian oil increased significantly – to 1.9 million tons in June and 2.3 million tons in July this year.

As for palm oil reserves in Indonesia, according to market operators, their volume is still quite high – at the level of 8 million tons.

Nevertheless, according to the forecast of Oil World (Germany) analysts, by the end of the 2021/22 season, palm oil reserves in Indonesia may still decrease to 7.3 million tons, although this is significantly higher than the result of the previous MY (4.6 million tons). ), and in the next season 2022/23, reserves may be reduced to 7.1 million tons.

The decrease in stocks in the new season will be primarily due to the projected increase in palm oil exports from Indonesia – up to 28.8 million tons (+3.8 million tons per year), which, however, is less than the figure in 2020/21 MY (29.3 million tons).

This Report Is Published By ” Oil World “

Next Article Palm Oil Regains Toward Around 3,500 Ringgit But Trading Looks Low

WTI Crude oil rose above $78 per barrel on Friday and were set to gain for the second straight week, as signs of tightening US crude […]