PQA berths were engaged by five ships during the last 24 hours, out of them, a container vessel ‘Xin Yan Tai’ left the port on Monday morning and two more ships, Chemroad Sakura and Meltemi are expected to sail on today in the afternoon.

There are ten ships at Outer Anchorage of Port Qasim, out of them, three ships, At Middle Harmony, Kokako and Raffles Harmony & three more ships, MSC Joanna, MSC Caledonoa II and Lisa are expected to take berths at MW-2, LCT, FOTCO and QICT respectively on Monday 28thNovember,

while two more container ships, Santa Rose and EM Astoria are due to arrive at port Qasim on Tuesday

While yesterday Pakistan Railways on Sunday received the first 46 out of 230 new high-speed passenger coaches from China.

The new rail coaches reached Karachi port and will be delivered to Lahore by the Karachi-Lahore main line-1 by end of this month, the authorities said.

Out of the total 230 coaches, 46 will be provided as completely built units and the remaining 184 will be manufactured in the county by the department’s engineers and technical staff under the supervision of the Chinese experts,” 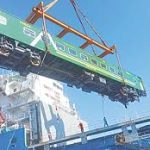 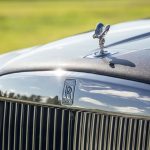