WASHINGTON: US Crude  OIl Stocks inventories rose for a second week in a row, the Energy Information Administration (EIA) said on Wednesday, as refiners appeared to process fewer barrels into fuel amid the approaching end of summer that is typically marked with less driving in the United States.

Adding to the total oil inventory in the market was the latest release from the Strategic Petroleum Reserve (SPR), which the Biden administration has been drawing down to deliberately suppress fuel prices in the market.

The Biden administration has been drawing down the SPR since last November, but the outflows accelerated in May when the administration embarked on a battle to bring down the spiraling price of gasoline at the pump that had bumped US inflation to 40-year highs.

According to the EIA, the SPR saw an outflow of 8.4 million barrels during the week to September 9, bringing its stockpile to 434.1 million barrels – the lowest since November 1984.

Inventories of distillates – the oil variant required for making the diesel needed for trucks, buses and trains, as well as the fuel for jets – rose by 4.219 million barrels, adding to the previous week’s 95,000-barrel build. Analysts had forecast distillate balances to be flat for the week.

Stockpiles of gasoline, however, fell 1.767 million barrels after the previous build of 333,000. Analysts had forecast a drawdown of 1.6 million barrels.

Total demand for gasoline itself was lower, at 8.49 million barrels for the week to September 9, down 233,000 barrels from the previous week. 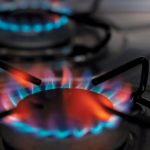 WTI crude oil prices  pared earlier gains to close at $73.8 per barrel on Friday, notching an 8% drop on the week as recession concerns […]