* A strong export report from the U.S. Department of Agriculture (USDA) is helping support wheat prices.

* The USDA said that weekly export inspections of wheat totalled 369,188 tonnes, up from 234,356 tonnes the prior week and near the high end of market forecasts.

* Commodity funds were net buyers of CBOT wheat, corn and soyoil contracts on Tuesday. They were net sellers of soybean and soymeal futures, 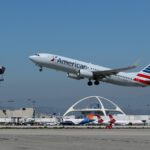 Previous Article US airlines warn of ‘catastrophic disruption for no 5G near airports,

Brent Crude: futures reversed course to gain more than 1% to $106 a barrel on Friday but are on track to fall nearly 6% on […]