India can also increase its palm oil shipments from Indonesia’s rival supplier Malaysia, but it is unlikely to be able to meet the shortfall, the officials said.

A year ago the gap, between CPO and soyoil, often perceived to be of higher quality than palm oil, was more than $100 per tonne.

A shift in buying would take time to translate into deliveries.

India’s palm oil shipments for signed contracts are unlikely to be affected as many producers have operations in both Indonesia and Malaysia and they can change the country of origin for few shipments, Bajoria said.

Palm oil imports land in India three-to-four weeks after traders sign deals, but soyoil takes two months due to the longer voyage, a Mumbai-based dealer with a global trading firm said, asking not to be named because he is not authorised to speak to media. 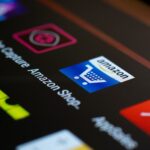 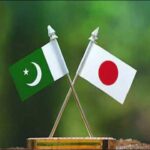 Next Article Pakistan And Japan Agreed For Trade Relations, In Agriculture Sector

Chicago soybean futures rose for the first time in four sessions on Wednesday, with prices supported by strong demand, although improved weather in South America […]

WTI Crude Oil: falls extended their retreat to more than  5% to below $92 per barrel on Tuesday. After Iraq’s state-backed Somo stated  country’s oil […]

RUSSIA:  It has  exported at least 400,000 tonnes of grain from occupied Ukrainian territories, Ukraine form reported a Ukrainian agriculture minister as saying. The claim was […]