WTI crude futures rebounded more than 2% to above $85 per barrel on Tuesday after falling more than 2% in the previous session, as rising geopolitical tensions in Eastern Europe and the Middle East stoked fears of supply disruptions.

NATO said on Monday it was putting forces on standby and reinforcing eastern Europe with more ships and fighter jets, in a move that was denounced by Russia. In the Middle East, the Iran-aligned Houthi movement launched a missile attack at the UAE on Monday that targeted a base hosting the US military, but was thwarted by US-built Patriot interceptors.

Oil prices have gained more than 10% since the start of the year to reach 7-year highs last week, as strong demand and supply constraints significantly tightened the market. However, a combination of profit-taking and a Fed-driven risk-off sentiment led to a correction in oil markets on Monday. Meanwhile, traders await industry data from API on Tuesday for the latest weekly estimate of US oil inventories. 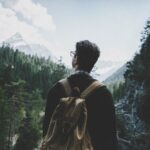