In the USDA update, Brazilian 2021/22 production came in at 134 million tonnes versus an average expectation 133.50 million (range 126.50 to 137.50 million) and 139.00 million in January. However, Conab this morning pegged the harvest at 125.4 million tonnes which was down from their previous estimate of 140.5 million tonnes. Until there is a better weather forecast besides very dry weather for Argentina and southern Brazil, fund traders are likely to remain active buyers. March soybeans have hit new contract highs for 8 of the last 11 trading sessions. The USDA data was mostly neutral but the weather forecast is bullish, and this was enough to spark more buying interest. Poor weather since February 1, plus another two weeks of dry weather in the forecast for Argentina may be enough to spark a significant drop in production for the March update.

To obtain the shipments permits, companies must sell 20% of their planned CPO and/or RBDPO exports to the domestic market with a capped price as Indonesia seeks to lower prices of cooking oil at home.Under the new regulation, to secure export approvals for all palm products, companies must show proof of their domestic sales of CPO and/or refined, bleached, and deodorised palm olein in accordance to the DMO requirements. 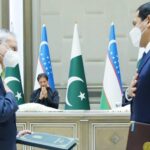