Wheat: increased to an all-time high of 1350 USd/Bu, as the Russian invasion of Ukraine brought supply disruptions from two of the world’s largest producers. Amid heavy sanctions and restrictive measures from western economies, exports from the Black Sea have nearly halted.

Multinational food companies such as Bunge and ADM have closed facilities in the region, while the world’s biggest container ship operator Maersk/MSC suspended service to Russian ports. At the same time, the Ukrainian military suspended all commercial operations from Ukrainian ports.

With Russia and Ukraine accounting for roughly 30% of the world’s wheat exports, conflict in the region affects crucial supply from an already tight market. Meanwhile,

wheat stocks in major exporting countries are already at low levels, and ongoing droughts are reducing maize availability in South America, US, and Canada. 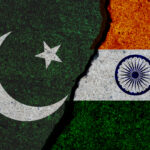 CHICAGO:  wheat futures rose to $11.2 per bushel in mid-April, the highest in one-month and 32% higher than prices before Russia’s invasion of Ukraine amid […]