JAKARTA( B – Trams / Reuters ): Indonesia’s palm oil price should not be dictated by the external market, its trade minister said on Thursday, backing his decision to expand palm oil export curbs at a time of surging global prices from a global supply crunch.

The world’s top palm oil exporter shocked the market a day earlierby announcing that palm companies must sell 30% of their planned exports at home, up from 20%, which sent Malaysian benchmark prices soaring by 10%.

Malaysian benchmark prices FCPOc3 climbed 30% in 2021, as output from top producers Indonesia and Malaysia slowed and global demand recovered from the impacts of the pandemic.

The higher global prices saw Indonesian cooking oil prices gain 40% at the beginning of the year, prompting its imposition of export curbs in late January to try to tame the rise.

That triggered another rally in Malaysian prices, which have gained around 50% so far this year.

The fresh curbs came as industry analysts at a conference in Kuala Lumpur, who expect edible oil prices to remain near record highs in coming months, urged Indonesia to cut its biodiesel mandate to allow more exports and contain prices. Read more about this

“The government must reduce the compulsory blending of biodiesel…from B30 to B20 for one year,” analyst Dorab Mistry said referring to the percentage content of palm-based fuel.

According to ministry data, Indonesia should already have enough palm oil supply to meet local cooking oil demand with only a 20% restriction on exports, said Eddy Martono, secretary general of the Indonesia Palm Oil Association (GAPKI).

“What needs to be resolved first is where has the cooking oil gone missing throughout the distribution chain,” Eddy said.

Consumers have complained that cooking oil is still being sold at prices above the 14,000 rupiah ($0.9739) per litre cap in traditional markets, Indonesia’s Ombudsman said.

Meanwhile at supermarkets, cooking oil stocks are running out even with retailers setting a two-litre quota per buyer. Some stores are even asking buyers to dip their fingers in ink, as is required during elections, to mark that they have purchased their quota.

Sahat Sinaga, deputy chairperson of the Indonesia Palm Oil Board, an industry group, warned that Indonesia may not have enough storage to keep extra supplies, which could hurt farmers. 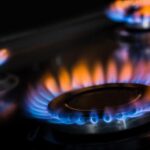 Next Article ECC Approves Rs747.5 mln For Gas Supply To 85 villages In Pakistan

Palm Oil: decreased to a 4-week low of 6095 MYR/T, amid rising inventories and weak export demand from Malaysia. The latest Malaysian Palm Oil Board […]

US CORN AND SOYBEAN ANALYSIS REPORT

SOYBEAN/CORN ANALYSIS : U.S. corn and soybean yields are the first two numbers that traders will seek on Friday, but the upcoming government production forecasts […]