Chicago soybeans: Oil  remained close to the $17-per-bushel level, the highest since September 2012 amid ongoing supply disruptions from the Black Sea region and the world’s top exporter Argentina.

Argentina announced during the weekend that export registrations of soybean oil, soy meal and other related products would immediately be halted arguing the government wants to raise tariffs to 33% from the current 31%.

The move pauses sales and exports of the 2021/22 crop, which could tighten the oilseed supplies already squeezed by drought.

The soybean market was already rallying on the back of Russia’s invasion of Ukraine. Ukraine is a major global supplier of corn and sunflower oil, and disruption to production due to the current conflict with Russia puts additional pressure on other grains and vegetable oils. 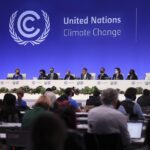 Palm oil: has become the most expensive of the four main edible oils for the first time as buyers rush to find a replacement for […]

INDONESIA (B-Trams): palm oil exports this year are expected to fall 3% on a yearly basis to 33.21 million tonnes as local demand for the […]

Malaysia: The April export tax for crude palm oil (CPO) has been kept at 8%, according to a circular on the Malaysian Palm Oil Board […]