Chairing a round table conference on “Organization of Islamic Cooperation Conference Trade Prospects” organised in Lahore by Meher Kashif Younis, former senior Vice President Lahore Chamber, President SAARC Chamber of Commerce and Industry Iftikhar Ali Malik said OIC was the second largest inter-governmental Orgnisation after United Nations with a large membership of 57 states covering four continents whereas it’s intra trade between 2019-20  registered a decrease of 21.2 percent ranging from US$700.1 billions to US $ 522.8 billion in 2019.

He pointed out that during Covid-19, the world economy had witnessed an unprecedented turbulence that impacted different crucial sectors in which several countries were recovering gradually with slow pace but not at the same level everywhere.

He said whole of OIC was blessed with huge natural resources and minerals deposits but their share in global economy and even within member countries was not upto inherited potentials.

He said the majority of tariff barriers were related to sanitary and phytosanitary measures, which constituted a burden for exporters.

Speaking on the occasion Meher Kashif Younis, the conference host, opined that for gradually lowering these obstacles, member states  and OIC Institutions should focus more on Trade Facilitation activities, i.e. training on rules of origin, product certification, mutual recognition of standards, establishment of commercial single windows, modernization of Customs administrations, sharing of successful experiences ,improvement of the services of Trade and Investment Promotion Organs and organization of intra-OIC trade and investment promotion programs.

Shahid Nazir, member executive committee Lahore chamber, while sharing his experience said despite these barriers, member states had also initiated trade facilitation measures to streamline foreign trade transaction procedures like establishment of singles, windows, the construction of road, rail and airport infrastructure, and the automation of customs administration, the exchange of electronic data inter-agency stakeholders of trade and the elimination of several foreign trade documents.

He said for better develop intra-OIC trade, it was appropriate for member states to activate the operationalization of the OIC trade preferential system either through the normal or fast-track way taking into account the evolution of the environment of regional trade agreements and to increase the organization of trade and investment promotion activities to develop markets for products and services in these countries.

On the other hand, the countries that had not signed or ratified yet the TPS-OIC, should do it at the earliest, and move to the stage of its implementation, Shahid Nazir concluded. 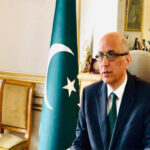 Next Article Crude Oil Hikes To 3% Due To Tight Supply

ISLAMABAD: Pakistan and Saudi Arabia  discussed the bilateral investment opportunities and also prospects for new investment in different potential sectors. Minister of State and Chairman board of Investment (BOI) Pakistan, […]