WTI crude: Oil jumped 3% toward $108 per barrel on Monday, extending gains for a third straight session as the Ukraine conflict showed little sign of easing,

while major oil producers struggled to meet their allotted quotas under a supply agreement.

Prices moved higher after Ukraine said early Monday the country’s forces would not surrender in the city of Mariupol, with investors’ focus returning to whether the market would be able to replace Russian oil hit by sanctions. Meanwhile,

OPEC+ missed its production target by more than 1 million barrels per day in February as an already tight market braces for major Russian disruption.

The IEA said last week the oil market was set for a 700,000 bpd supply deficit in the second quarter as Western sanctions on Moscow and buyer reluctance could lead Russian oil supplies to drop by 3 million bpd from April. 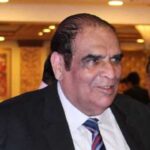 Brent Crude Oil: Rose above $94 per barrel on Monday as traders mulled the supply outlook ahead of an OPEC+ meeting, while weighing the impact […]