Chicago: wheat traded below $9.8 per bushel in the end of March, the lowest in four weeks, after fresh data indicated that India, the world’s second largest producer, is projected to set a record amount of wheat exports in the coming year.

Tightening supplies due to lower shipments from the Black Sea made Indian wheat competitive for the first time in years, and the country’s exportable surplus led to the potential to ship 12 million tonnes of the grain for the 2022-23 marketing year, according to Bloomberg.

Wheat futures have climbed to a 14-year high in early March after the Russian invasion of Ukraine and subsequent sanctions interrupted Ukrainian and Russian exports from the Black Sea.

Elsewhere, improved conditions for Kansas winter wheat to be harvested in the near future also increased prospects of higher supply. 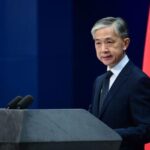 After hiking up rates of petroleum products, the government has raised flour prices by Rs180, a move that could fuel inflation further. As per a […]

Chicago Wheat: futures rebounded to $7.9 from the six-month low of $7.5 touched on August 3rd, after heat waves and soaring domestic prices led India […]