ISLAMABAD: Pakistan earned US $315.030 million by providing different travel services in various countries during the first seven months of the current financial year 2021-22.

This shows the growth of 13.67 percent as compared to the US $277.146 million same services were provided during the corresponding period of the last fiscal year 2020-21, Pakistan Bureau of Statistics (PBS) reported.

In addition, the other personal services witnessed an increase of 13.83 percent.Meanwhile, the exports of business services also grew by 4.39 percent, from the US $ 1.140 million to the US $ 1.190 million, the PBS data revealed.

It is pertinent to mention here that the exports of services from the country witnessed an increase of 18.82 percent during the first seven months of current financial year (2021-22) as compared to the corresponding period of last year, Pakistan Bureau of Statistics (PBS) reported. 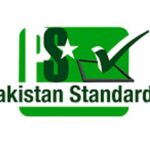 BEIJING : The Chinese company ” SPEEEDAF  EXPRESS “which has rolled out nationwide logistics services across Pakistan was likely to cover about half of its […]