WTI crude: Oil fell slightly below $100 per barrel on Friday ahead of a meeting among International Energy Agency member countries to discuss a further release of emergency oil reserves that would follow their March 1 agreement to release around 60 million barrels.

Oil prices also held onto a 7% decline on Thursday after US President Joe Biden announced a release of 1 million barrels per day for six months starting in May, the largest release ever from the US Strategic Petroleum Reserve.

The aim for major consuming nations is to make up for disrupted oil supplies from Russia hit by sanctions for its invasion of Ukraine, and to calm surging energy prices. Meanwhile,

OPEC+ stuck to plans to add a modest 432,000 barrels a day of supply in May, despite western pressure on Saudi Arabia and the UAE to use their spare capacity to boost output further. 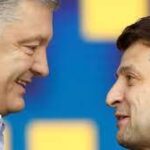 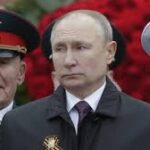 Next Article Could Russia Get Away With War Crimes in Ukraine?