WTI Crude Oil fell nearly 3% to below $96 per barrel on Monday, following the second straight weekly decline, as major consumers announced plans to release crude from strategic reserves and as lockdowns continued in top importer China.

Investors tracked developments in China, where authorities have kept Shanghai, a city of 26 million people, locked down under its “zero tolerance” for Covid-19.

Also weighing on crude prices, IEA member states will release 60 million barrels over the next six months, with the US matching that amount as part of its 180 million barrel release announced in March.

It is unclear whether that will offset the shortfall in Russian crude after the country was hit with heavy sanctions for invading Ukraine.

Meanwhile, the OPEC+ group of oil exporting nations has not shown any intention to increase its output targets more than the 400,000 barrels per day it has been adding monthly as part of a restoration of supply cuts. 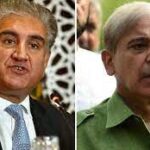 Next Article Palm Oil Racks Up To 6000 Ringgit Per Tonne

Brent Crude: Oil fell by 4% to below $103 per barrel on Thursday, sliding for the second straight session, weighed down by official data pointing […]