PML-N’s Khawaja Salman Rafique and Hafiz Noman surrendered to the police after they were nominated by the complainant in the army officer torture case.

The complaint stated that he had been subjected to torture over the directions of Rafique and Noman who are sitting in another vehicle at the crime scene. He added that their employees could not torture him without getting the go-ahead from the accused political leaders.

FIC Earlier in the day, the employees of Pakistan Muslim League Nawaz (PML-N) leaders, Khawaja Salman Rafique and Hafiz Noman have been arrested for torturing a Pakistan Army officer in Lahore.

The goons, who had tortured a Pakistan Army officer near Kalma Chowk in Lahore, were arrested by police today. The arrested men have turned out to be employees of the PML-N leaders.

Rafique and Noman have tendered an apology to the army officers regarding the violent incident that took place on Wednesday (yesterday).

Khawaja Salman Rafique, while addressing a press conference today, said that a fake story is being presented on social media regarding the incident and it is important for him to clarify and present himself before the law.

“Mr Haris is a respectable person for us and we condemn yesterday’s incident. We have preferred to contact the police. Police told us to hand over the vehicle and security guards. We have followed the police instructions like a responsible citizen.”

Hafiz Noman said that they are not defending yesterday’s incident and the staff should have called the police to the scene. He expressed solidarity with the army officer who had been subjected to torture by their employees and said that they have presented themselves for legal action.

A video had also surfaced in which the citizen got angered over the hooliganism. After other residents came in to save the officer, the attackers fled from the scene. 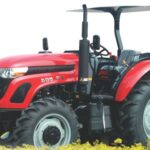 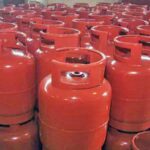 RUSSIA: The chief executive of Russia’s oil giant Lukoil, who has called for a swift end to the Kremlin’s military campaign in Ukraine, announced Thursday that he was […]