With a current power shortfall touching 5500MW in the country, Pakistan struggles to find a sustainable fuel solution for its power production amid the rising prices and global fuel shortage. Meanwhile, many European countries are temporarily considering shifting their focus back to the use of coal to counter the same situation as their energy security comes into question following a ban on fuel sources being imported from Russia.

In a shocking move Orsted, a Danish-based energy company, a global leader in renewables, has announced that it would increase the production of electricity using more coal as a source.

“Nonetheless, a lot we hate it, we’re very doubtless going to see a brief enhance in our coal use, in comparison with the trajectory that we now have been in,” said Mads Nipper, Chief Executive Officer Orsted.

Amid the power disaster in Europe triggered by the Russian invasion of Ukraine, Nipper further said that the rise in coal use was a “needed short-term evil.” Despite Orsted being the ‘global leader’ in offshore wind power, Nipper acknowledged that due to the development time required, wind energy couldn’t assist in dealing with the state of affairs within a short period of time.

As a matter of fact, Orsted is not alone in considering back-to-coal as an option to bridge the anticipated fuel shortage, many European countries are following the same course of action while putting on hold their pledge to curb carbon emission made in UN Climate Change Conference (COP26).

Recently, Italian Prime Minister Mario Draghi announced that the country might reopen coal plants to bridge its looming energy supply gap that may emerge while cutting its dependence on Russia, which currently accounts for 45% of Italian gas requirements.

Apart from Italy, Czechia, Bulgaria, Romania, and Germany have also indicated they might burn more coal in the short term in response to war aggression by Russia.

Germany’s ruling coalition has agreed on a relief package expected to be worth about €16bn to ease the burden of rising energy costs, with measures ranging from a three-month fuel price cut to a temporary increase in the use of coal.

“There is a temporary role for coal, which we had hoped would be out of the energy mix by the end of this decade. But it will stay longer. We will need it until we find alternative sources. Until that time, even the greenest government will not phase out coal,” Václav Bartuška, the Czech government’s energy security commissioner, told news site Seznam Zpravy.

In a recent interview for the BBC, the EU green deal commissioner Frans Timmermans noted that countries could stay longer with coal if they immediately move to renewables instead of gas. He also said the fact that some of the coal plants might need to stay online longer than anticipated to address the continent’s energy shortfall. “We don’t say no to all fossil fuels immediately,” he said. “If it’s combined with faster investment in renewable energy — for climate and for our energy self-sufficiency — that could be two wins.” “It could still be within the parameters we set for our climate policy,” he said.

While increasing coal use does not figure in the official 10-point plan published this month by the IEA to reduce EU reliance upon Russian energy supplies, the IEA acknowledges that switching to coal would provide a fast, short-term solution to the current energy challenges.

“We estimate that a temporary shift from gas to coal or oil-fired generation could reduce gas demand for power by some 28bcm before there was an overall increase in the EU’s energy-related emissions,” the agency wrote in its plan to decrease dependence on Russian gas.

“If international gas prices stay up, then a lot fewer people can afford to use it. And so what’s the cheapest alternative? Coal,” said Edward Chow, a senior fellow at the Center for Strategic and International Studies.

Presently, a significant portion of Pakistan’s energy mix is tilted toward imported energy sources such as RLNG, furnace Oil, and diesel. Ironically, the reliance on these sources is not only resulting in widening demand and supply gap due to prevalent global supply chain disruptions but is also significantly contributing to the country’s ever-expanding current account deficit. On the other hand, after a massive discovery of three billion tonnes coal deposits in Sindh’s Thar, Pakistan now has a hope for energy self-sufficiency. Albeit, Pakistan has aimed an ambitious target to shift 60% percent of its fuel mix to renewable energy, it may also make sense for the country to temporarily delay its pledge just like European countries and switch to indigenous coal at least in the short term to reduce its dependence on the costly imported fuels and hence greater energy insecurity. 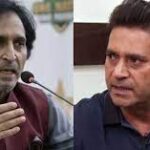 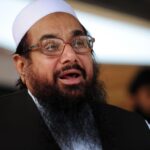 Gold: Climbed above $1,860 an ounce on Monday to its highest in two weeks, lifted by a weaker dollar. The dollar index weakened to its lowest […]