ISLAMABAD: The Pakistan Business Council (PBC) has proposed to the Federal Board of Revenue (FBR) to introduce measures to discourage the cash economy, reduce the number of withholding taxes, set separate targets for collecting taxes from existing and new taxpayers, restrictions on the use of cash above a certain limit, and major difference of withholding tax rate difference between filers and non-filers for 2022-23.

The FBR has received the budget proposals of the PBC for the next fiscal year.

The PBC recommended that the use of cash in the economy should be discouraged. Restrictions on the use of cash above a certain limit would also assist. The transit treaty with Afghanistan has been misused through the diversion of goods to Pakistan.

The Afghan Transit Trade Agreement has expired, with the evolving situation in Afghanistan, Pakistan needs to look to renegotiate the treaty with clauses putting in quantitative and qualitative restrictions on what can transit, insist on letters of credit, charge duty and GST on imports which would only be refunded to the Afghan government on exit, track and monitor containers, strengthen inspection of empty containers returning to Pakistan and make physical controls along the border stronger. The civil and military authorities need to be on the same page to do this.

Electronic Data Interchange with key trading partners should be deployed to check the under-invoicing of imports. The provinces have little incentive to check smuggling as customs duty and GST evaded are federal taxes and do not hurt their revenues. Provinces may be incentivized to conduct raids on shops that deal in smuggled goods. Positive lessons from the success of cell phone registration with PTA and Urdu language labeling requirements for imported food items can be applied to other smuggling-prone goods.

The withholding tax regime should be simplified by reducing the number of withholding provisions. The current withholding tax guide available on the FBR website is a 48-page document as of 2021, which clearly shows the complexity of the regime from compliance and ease of doing business aspects. There needs to be a significant distinction in the withholding income tax rates charged from non-filers vs the rates for filers. The rates of filers need to be reduced so that not only the burden of complaint taxpayers is reduced, but also the cost of doing business for non-compliant persons is increased.

The PBC proposed that the concept of separate withholding tax rates for filers & non-filers was introduced as a measure for increasing documentation of the economy. Though large amounts are being collected from non-filers, no effort has been made to increase the tax base. The non-filers for the most part have built the cost of this government levy into pricing and passed it on to their customers.

According to the budget proposals (2022-23) of the BPC, the PBC’s recommendations for Budget 2022-23 have been prepared in the backdrop of Pakistan’s economy showing signs of recovery, which though positive is still well short of the levels needed by Pakistan if it is to absorb the large numbers of new entrants into the job market, as well as providing meaningful employment to those already in the workforce. The economy needs growth, jobs, value-added exports and structural changes to distribute the burden of taxation on all segments of the population which can afford it. This year’s tax proposals look to jumpstart the manufacturing sector.

The Finance Act, of 2022 needs to support Pakistan’s manufacturing sector and the formal services sector. The PBC’s proposals for the Federal Budget 2022 – 23 are divided into the following ‘5’ sections: Promoting Industrialization/Growth/Job Creation Consolidation of Businesses for Scale to Improve Competitiveness Documenting the Economy & Providing a Level Playing Field for Domestic Manufacturing Reducing the Cost of Doing Business in Pakistan Helping Pakistan Meet its Commitments to the UN Sustainable Development Goals.

Higher advance taxes should be levied on utility bills of non-tax filers. Corporate entities, especially those listed, which operate to a higher standard of governance and accountability and their shareholders must not be penalized in comparison to unincorporated entities and their owners, otherwise, the incentive to incorporate will be undermined. There should be a level playing field in the holding periods for capital gains tax on the sale of company shares vs. real estate.

For some time now, the FBR is given an unrealistic tax target, which in the absence of resources and capability, forces it to extract more tax from existing taxpayers. With Pakistan already in an IMF program, the temptation to levy substantially higher taxes on existing taxpayers needs to be resisted.

Significant changes are required in the structure, resources, and technology of the Federal Board of Revenue before setting targets. Separate targets should be set for revenue from existing and new taxpayers. Targets for existing taxpayers should be in line with expected growth in the nominal GDP. Tax targets for new taxpayers should be set in line with the evolving capability and capacity of the FBR. Tax refunds due should be excluded from revenue when assessing performance against either of these targets

In order to broaden the tax base and to achieve an increase in overall tax collection without burdening existing taxpayers, the policy to increase tax on non-filers/unregistered persons should be implemented specifically in the following cases: a) unregistered industrial/commercial entities (not having STRN) having bill amount in excess of Rs20,000 per month, extra sales tax should be increased from 17 percent to 30 percent b) After collection of extra tax as referred above for a continuous period of six months, all these connections should be provisionally converted into NTN and STRNs and return filings from these connections should be enforced. c) In case of provisional registration as above, utility companies be directed to issue show-cause notices where the annual billing amount exceeds Rs2.4 million and direct provisionally registered persons to obtain permanent registration.

In case of non-compliance, utility companies be directed to disconnect utility connections. d) Moreover, in order to bring all commercial/industrial users in the tax net and to verify filer status, Electric distribution companies should provide one year to all such consumers to get their NTN registered with electricity distribution companies. In case of failure to provide NTN, the electricity connection should be disconnected, it added.

In order to divert investment from non-revenue generating assets [land] to revenue/employment/export generating assets [industries], disposal of shares of public/private/unlisted company by sponsors/owners be allowed tax exemption on capital gain subject to the condition that the holding period should be more than 10 years in line with an exemption on disposal of land. If this is not acceptable, rate of tax on disposal of shares of private company be taxed @ 15 percent as applicable to dividend as the breakup value of the Company would have been increased from retained profits, which could otherwise have been declared as dividend and taxed as such, the PBC added. 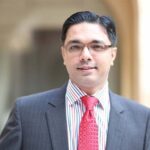 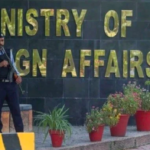 Next Article Pakistan ‘strongly condemns use of Afghan soil by terrorists’

ISLAMABAD: In order to fulfil the IMF conditions, the federal cabinet approved the controversial State Bank of Pakistan (SBP) Amendment Bill on Tuesday, under which […]