The Foreign Office (FO) on Sunday “strongly condemned the use of Afghan soil by terrorists” to carry out cross-border attacks and urged Kabul to take stern action against the individuals involved in militant activities in Pakistan.

The statement from the FO comes a day after Afghan authorities said Pakistan had conducted airstrikes in its Khost and Kunar provinces.

The FO, in its statement on Sunday, stressed that Pakistan had repeatedly requested the Afghan government over the last few months to secure the Pak-Afghan border region. “Terrorists are using Afghan soil with impunity to carry out activities inside Pakistan.”

The statement underlined that Afghan authorities should act against militants operating from Afghan soil “in the interest of peace and progress of the two brotherly countries.”

It further noted that Pakistan and Afghanistan had been engaged for the past several months through institutional channels for effective coordination and security along our long shared border.

However, the statement said: “Unfortunately, elements of banned terrorist groups in the border region, including proscribed TTP, have continued to attack Pakistan’s border security posts, resulting in the martyrdom of several Pakistani troops.”

The FO statement noted that Pakistan respects Afghanistan’s independence, sovereignty, and territorial integrity. “Pakistan will continue to work closely with the Afghan government to strengthen bilateral relations in all fields,” the statement added.

Earlier, the Afghan Taliban on Saturday summoned Pakistan’s ambassador to convey concerns over the recent airstrikes.

It stated that the Afghan officials condemned the shelling and asked for the prevention of such strikes in the future.

“All military encroachments including those in Kunar and Khost provinces must be prevented as acts as such will deteriorate bilateral relations between Pakistan and Afghanistan.

“Deterioration of relations will have dire consequences,” Muttaqi was quoted to have warned the Pakistani ambassador. 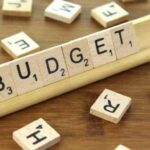 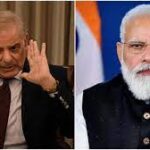