Palm Oil Picking Up Due To Lingering Concern Of Lower Supply

Malaysian Palm Oil: Palm were above MYR 6400 per tonne, not far from the one-month high of MYR 6520 touched on April 15th amid lingering concerns of lower supply while the war in Ukraine continued to support higher vegetable oil prices.

Exports of Malaysian palm oil products fell by 14%-23% during the first half of April, compared to the same period of March, according to data by cargo surveyors.

Shortage of sunflower and rapeseed oil, which Russia and Ukraine account for nearly 75% of exports, continues to force the food industry to scrap for alternatives. Consequently, higher demand for palm oil saw imports in India jump by 18.7% in March compared to the previous month. 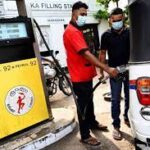 SINGAPORE: Oil futures jumped on Monday, with Brent rising above $120 a barrel after Saudi Arabia hiked prices for its crude sales in July, signalling […]

Brent Crude: futures were trading around $114-per-barrel, easing from an almost two-month peak of $115.6 as traders tracked developments around a proposed EU ban on […]