Addressing an introductory and promotional activity of Zaitoon City Lahore here in Faisalabad, he said that Pakistan is facing acute shortage of housing units.

“At present there is a shortage of ten million houses which will jump to 13 million in 2025”, he said and added that despite strenuous efforts of the government we could not fulfil the people’s demand through the public sector.

He appreciated the role of the private sector and said that it has been undertaking mega housing projects throughout the country where best possible facilities are being offered.

He said that scientifically developed colonies are also taking into consideration the hot issue of global warming by allocating sufficient green area for plantation. Atif Munir Sheikh particularly appreciated the expertise of Lahore properties and said that it is developing Zaitoon City in addition to Askari Towers and Autograph by H&S.

About Zaitoon City, he said that it would have plots of ten Marla and a Toyota corolla car would be offered through balloting among the first hundred buyers of plots in this city.

He further said that being a provincial metropolis, the residents of Faisalabad have to repeatedly visit Lahore and they need a second home in Lahore to trim their hotel expenses. He said that they could avail the best location and facilities of Zaitoon City in this respect.

Rehan Ashraf Sheikh, Farhan Ali Sheikh and Ahmad Bilal gave a detailed presentation on the different projects developed by the Lahore properties. They said that the payment of plots could also be recovered in easy installments. A large number of businessmen and property dealers also participated in this event while a sumptuous Iftar dinner was also served. 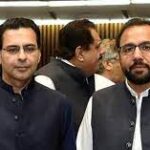 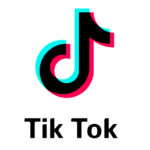 Gold: fell below $1,830 an ounce on Wednesday, sliding for the fourth straight session as the dollar firmed, while investors awaited fresh cues from the […]

Indus Motor Company : The maker of Toyota-brand vehicles in Pakistan, has announced that it is suspending bookings of all its vehicles in the country. […]