President Arif Alvi administered the oath to the newly inducted federal ministers in the swearing-in held at the Aiwan-e-Sadr. Prime Minister Shehbaz Sharif was also present on the occasion.

It is pertinent to mention here that Chaudhry Salik Hussain is the son of Chaudhry Shujaat Hussain, President of PMLQ, a former allied party of the Imran Khan government.

Former president Asif Ali Zardari, a day earlier, met Chaudhry Shujaat Hussain to seek his consent for inclusion of his son in the federal cabinet.

Following are the names of the cabinet members:

Advisers to the PM 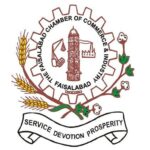