JAKARTA: Indonesia’s Oil Palm Farmers Union said on Sunday it supported the government’s ban on palm oil exports, calling it a temporary measure that was needed to ensure supply and affordability of cooking oil in the domestic market.

The statement came after President Joko Widodo announced on Friday that the world’s top palm oil producer and exporter would stop overseas shipments of cooking oil and its raw material from April 28 to bring down domestic prices.

“We believe in measures taken by the president to ensure domestic supply of cooking oil,” its secretary general Mansuetus Darto said in a statement.

Some politicians have criticised the export ban saying it would hurt millions of smallholder farmers, according to media reports, while economists warned of losses in export earnings.

The government has yet to say how long the ban would take effect and the types of palm oil products that would be affected.

Global prices of crude palm oil have surged to historic highs this year amid rising demand and weak output from top producers Indonesia and Malaysia.

Retail cooking oil prices in Indonesia have risen more than 40%. Previous efforts to tame prices, including subsidies and an export restriction between late January and the middle of March, have not only failed to bring down prices, but also exacerbated the rise in global prices.

Darto of the farmers union said refineries in some areas have already cut their purchase prices of palm oil fresh fruit bunches, even though they have not reduced buying levels, as factories speculate over how long the ban would last. 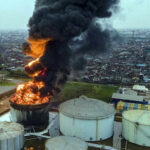 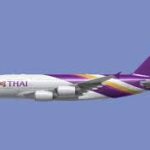 The Utility Stores Corporation (USC) on Saturday raised prices of various items, ending the Ramazan relief package 2022 announced in March. As per the notification, […]

ISLAMABAD: A business delegation of Iran led by Shokouhian visited Islamabad Chamber of Commerce and Industry and showed interest to make joint ventures and investment […]