“The problem, which seemed very big for Germany a few weeks ago, has largely decreased, so Germany came very close to independence from Russian oil imports,”

Habeck said at a press conference, adding that until February 24, Germany imported 35% of oil from Russia, but within eight weeks these supplies were reduced to about 12%.

The minister added that Russian coal supplies to Germany have also been reduced significantly, and they will be “reduced to zero” after the introduction of the European embargo on Russian energy

Previous Article Imports Of Food Items In Pakistan Increases By 15.46% In 9 Months 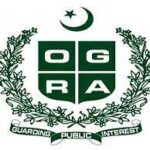 Next Article OGRA Rejects Specculation Of Fuel Shortage In Pakistan

CHINA: While political changes in Pakistan have recently fueled speculation about the possible impact on China-Pakistan relations, it remains clear that the high level of […]