RAWALPINDI: Two Pakistan Army soldiers were martyred in a terrorist attack in South Waziristan on Tuesday, according to the Inter-Services Public Relations (ISPR).

The military’s media wing said terrorists fired upon security forces in Sararogha area of the tribal district. The troops promptly retaliated to the attack, it added.

During the intense exchange of fire, two soldiers embraced martyrdom. They have been identified as 26-year-old Lance Naik Umar Ali Khan, a resident of Bannu, and 23-year-old Sepoy Muhammad Siraj ud Din, a resident of DI Khan.

An operation was launched in the area to clear it of terrorists.

“Pakistan Army is determined to eliminate the menace of terrorism and such sacrifices of our brave soldiers further strengthen our resolve,” the ISPR said. 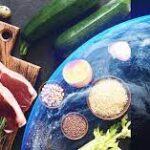 Today Dollar, Euro, Pound, Riyal, Dirham To PKR  rates in Pakistan according to international currencies as of 20th September 2022.  Are given at this page. […]