Oil prices dipped on Wednesday as a soaring dollar made barrels more expensive and Europe’s biggest economy Germany was speeding up plans to wean itself off Russian oil while coronavirus outbreaks clouded China’s economic outlook.

Russian energy giant Gazprom said on Wednesday it halted gas supplies to Bulgaria and Poland in a major escalation of Russia’s broader row with the West over Ukraine.

European Commission Chief Ursula von der Leyen said Russia was using fossil fuels to blackmail the EU but added the era of Russian fossil fuels in Europe was coming to an end.

Germany, which has been reliant on Russia for its energy security, is pushing ahead with attempts to become independent of Russian gas and oil imports, facing a hit to its growth.

Germany’s economy minister said plans to for Germany to take control of the PCK Schwedt refinery, majority-owned by Rosneft and the last big buyer of Russian crude in Germany, were progressing.

US government data on oil inventories is due later on Wednesday. Industry data on Tuesday showed US crude and distillate stocks rose last week, while gasoline inventories fell.

Also capping oil price gains, the dollar rose to its highest in five years on Wednesday, making oil purchases more expensive for holders of other currencies.

“This (is) a risk off environment with a stronger US dollar and mobility restrictions in the second largest oil consumer, China.”

China’s central bank said it would step up monetary policy support as Beijing races to stamp out a nascent COVID-19 outbreak in the capital and avert the same type of debilitating city-wide lockdown Shanghai has been under for a month. Any stimulus would boost oil demand. 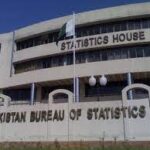 Next Article Brent Crude Oil Fell 1% To $103.5 Amid Uncertain Covid Situation In China