Oil: prices jumped almost 3% on Wednesday after the European Commission signalled more sanctions against Moscow, including phasing out Russian oil within six months.

The proposed ban will include all Russian crude, seaborne and pipeline, crude and refined. However, some Member States are heavily dependent on such imports, particularly Slovakia and Hungary, so stiff opposition is expected.

Supporting prices further were API data showing a drawdown in Us crude and fuel stockpile. On the demand side, US manufacturing activity grew at its slowest pace since July 2020.

Similar data came from China, with the world’s second-largest economy reporting that factory activity contracted for a second straight month to its lowest level since February 2020 amid renewed coronavirus-induced lockdowns. 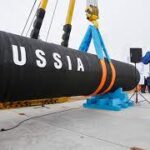 Crude Oil : prices rebounded on Friday, with WTI crude futures trading at $112 per barrel after falling 2.7% in the previous session amid escalating […]

Soybeans: decreased to a 4-week low of 1667 USd/Bu, tracking lower palm oil prices as Indonesia is allowing more exports after a cap earlier in […]