Wheat: Chicago wheat futures rose to $12.4 per bushel, approaching a 14-year high of $12.5 hit in March after India announced a suspension on wheat exports.

The move was made to guarantee domestic food security, as surging global wheat prices made the Indian crops more competitive in the world market.

Meanwhile, the USDA’s world supply and demand report showed a supply in the US in the 2022/23 marketing year is set to be 3% lower while export levels are projected to be the lowest since 1971/72.

Also, the war in Ukraine is expected to cut the country’s production by 35% yearly to 21.5 million tons. Wheat prices are 46% higher than before the Russian invasion, as interrupted exports from the Black Sea significantly reduced world supply and ending stock projections. Before the invasion, Ukraine and Russia were responsible for 30% of world exports. 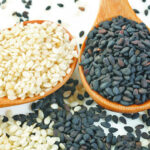 Wheat : Chicago wheat futures dropped to $7.6 in August, approaching the six-month low of $7.5 touched earlier in the month and trading below levels […]

Internationally Wheat Rose To $11.2 Rebound After One week

Chicago wheat futures traded at $7.8 per bushel, falling from the near two-month high of $8.3 touched on January 25th, amid eased fears of supply […]