ISLAMABAD: Pakistan Hi-Tech Hybrid Seed Association (PHHSA) on Tuesday urged the government to withdraw 17% sales tax on hybrid seeds for boosting agriculture production in the country in order to ensure food safety and security by increasing per-acre output of all major and minor crops.

This was stated by Chairman PHHSA, Shahzad Ali Malik, talking to a delegation of progressive women entrepreneurs led by Ms Shaneela Hayat from Gwadar, which called on him and discussed different issues related to economic development in the country, said a press release.’

Shahzad Ali hailed withdrawal of 17% GST on solar panels by dynamic Prime Minister Shehbaz Sharif. He said Pakistan’s agriculture sector plays a critical role in the economy as it contributes 20 percent to GDP and absorbs 42.3 percent of labour force in rural areas.He said majority of the population directly or indirectly dependent on this sector.

He said agriculture is the lifeblood of Pakistan’s economy which has linkage with other sectors that plays a significant role in the socio-economic development of the country.

He hoped that visionary Prime Minister will not ignore the agriculture sector, backbone of national economy and take cognisance of unwarranted ST on all kinds of seeds in Pakistan in the larger interests of poor people.

He said this element has become more crucial than ever for providing enough food security for the rising number of population in the world which is expected to exceed nine billion by year 2050, he added.

Shahzad Ali Malik said as a result of 17% ST, cost of agri crops will increase automatically and ultimately its burden will be shifted to poor people making their lives more miserable who are already bearing the brunt of rising inflation 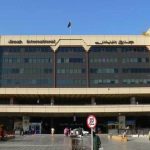 RUSSIA : Export duties on sunflower oil and sunflower meal from Russia will be zero in October, the Ministry of Agriculture reports.In September, the duty […]

ISLAMABAD:Pakistan earned US $1,486.890 million by providing different Information Technology (IT) services in various countries during the first seven months of financial year 2021-22. This […]

LAHORE: The Pakistan Businesses Forum (PBF) urged the provincial governments that oil seed crops needs to be promoted in the provinces and base price may be set by the government to support massive […]