Chicago Wheat:  were at $11.6 per bushel, rebounding from the two-week low of $11.1 touched on May 26th as forecasts of rain in North America threatened to hinder sowing of spring wheat.

Prices remain volatile as they are closely linked to geopolitical developments regarding the war in Ukraine. Futures were 10% lower than the 14-year highs of $12.8 touched in mid-May as Russia said it would open safe corridors to allow foreign ships to leave Black Sea and Sea of Azov ports, allowing commercial shipping of Ukrainian grains after three months of warfare, should Western countries lift sanctions.

Also, US producers are expected to divert farming capacity from corn to wheat after a deal to increase trade between China and Brazil pushed down corn prices. Still, prices remain supported by India’s decision to impose an embargo on wheat exports to guarantee food security for its food welfare program 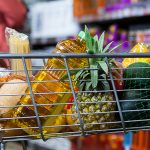