Brent Crude: futures rose to around $120 per barrel on Monday, approaching a 14-year high of almost $135 hit in March as Beijing and Shanghai started to ease Covid restrictions during the weekend while the EU discusses a plan to ban imports of Russian crude.

Despite failing to agree on an embargo on Russian oil on Sunday, EU governments will continue working on a deal to ban seaborne deliveries of Russian oil in an EU summit on Monday and Tuesday.

Brent crude is heading for a sixth straight month of gains, the longest winning streak in more than a decade amid tight supplies due to the Russian invasion of Ukraine at a time when economies were raising consumption following the relaxation of health restrictions.

The summer driving season kicked off at the weekend with retail gasoline prices at a record in the US. Elsewhere, OPEC+ is widely expected to stick to last year’s oil production deal at its June 2 meeting and raise July output targets by 432,000 barrels per day 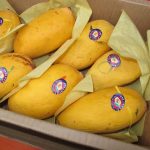 Brent Crude Oil: futures fell toward $93 per barrel on Tuesday to snap a three-day winning streak, as market caution dominated sentiment ahead of US […]