Brent Crude : futures steadied above $117 per barrel on Friday, holding onto gains from the previous session, after a keenly anticipated OPEC+ meeting delivered only a modest increase in output despite speculations of a bigger supply boost.

The group of major producers decided to increase output by 648,000 barrels per day in July and August instead of the previously agreed 432,000 bpd, in a move that was seen as hardly enough to compensate for lost supply from Russia. Russian output dropped by 1 million bpd since its invasion of Ukraine and is likely to fall even further as the EU’s ban on Russian oil kicks in.

There had been speculation that the Saudis were preparing to pump significantly more as part of a reset of relations with the US, and there were even suggestions that Russia might be exempted from OPEC+’s monthly supply agreements, but both did not happen. Brent futures are up nearly 2% so far this week and were set for a third weekly advance. 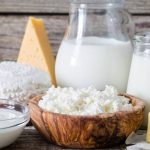