Soybeans: decreased to a 4-week low of 1667 USd/Bu, tracking lower palm oil prices as Indonesia is allowing more exports after a cap earlier in the year.

Still, prices of soybeans grains remain not far from a record-high of $18 hit in 2012 amid concerns that hot weather in the US could damage yields, alongside high demand from top importers and tight supplies from major producers.

Also, surging fertilizer prices due to the war in Ukraine could hamper the bullish production forecasts from major South American producers such as Brazil, Argentina, and Paraguay.

Brazil, the world’s largest producer, imports 85% of its fertilizers, mostly from Russia 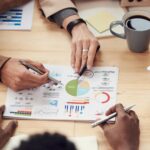 Know Why Soybean Futures Surged Back to $16.5

Chicago soybean futures: Soya Oil rose again to $16.5 a bushel, remaining close to levels not seen since September 2012 amid ongoing supply disruptions as […]