Malaysian Palm Oil:  bottomed around the MYR 4,150-per-tonne mark, not far from a one-year low of MYR 3,700 touched last week, as weak fundamentals and a hostile macro-environment continued to hang over the market.

The world’s largest palm oil producer also plans to implement a 35% palm oil mix in biodiesel by the end of July and is considering cutting its palm oil export levy to encourage more shipments. 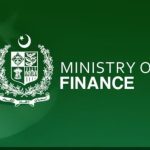 WTI Crude Oil rose more than 1% to above $97 per barrel on Thursday, recouping some losses after tumbling 5.6% in the previous session, as traders […]

Brent Crude:  Oil climbed 1% toward $108 per barrel on Thursday, but remained down for the week as volatility in oil markets is expected to continue […]