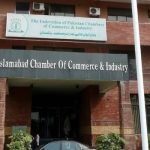 Brent crude futures: climbed more than 1.5% to almost $94 per barrel on Friday, after the International Energy Agency said if the persistent gap between […]