ISLAMABAD: The Supreme Court on Wednesday directed the Employees Old-age Benefit Institution (EOBI) to submit written suggestions regarding the properties.

Former SC chief justice Iftikhar Muhammad Chaudhry had taken the suo moto notice of the multi-billion scam in which the then EOBI chairman Zafar Iqbal Gondal and other officials were accused of investing huge sums in housing schemes and purchasing vehicles in various cities without the approval of the institution’s board of directors.

During the course of proceedings, EOBI’s counsel Khawaja Haris said the Institution wanted to retain 12 of the 18 properties purchased illegally and wanted to return the rest to their owners buyers.

Advocate Makhdoom Ali Khan said the case had been pending for the last 10 years. The court had taken suo motu notice of the matter under Article 184/3 of the Constitution. Whether the case fell under Article 184/3, he asked, adding around 10 years were spent on litigation due to a television talk show.

Upon this, the CJP remarked that the court was hearing the case to reach a conclusion. Advocate Makhdoom Ali Khan said if the case was not that of Article 184/3 then it should be filed before a civil court.The court directed Khawaja Haris to submit written suggestions regarding 12 properties to the court.

Khawaja Haris said the EOBI wanted to return the five properties to their owners, and he would submit his written submissions in that regard.

Justice Sajjad Ali Shah said same rule would be adopted for each property and it was not possible for the court to have two different criteria. Later, the case was adjourned for a month. 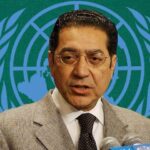 ISLAMABAD: The production of farm tractors in the country witnessed an increase of 13.47 percent to 41,872 units during the first nine months of current […]