Palm Oil Trade Below 6,100 Riggint Per Tonne Due To Low Demand From China And Rumors Of Diplomatic Solutions Among Russia And Ukraine

MALAYSIA: palm oil futures extended losses to below MRY 6,100 per tonne, the lowest in over three weeks and are now more than 15% below a record high of 7268, dragged down by concerns over demand following another wave of coronavirus infections and new lockdowns in China,

It hopes that a diplomatic solution to the Ukraine-Russia conflict could be achieved and a slightly bearish report from the Malaysian Palm Oil Board.

The MPOB report showed that inventories at the end of February were down much less than market expectations, while exports declined over 5% to 1.1 million tonnes.

Still, output in the world’s second-largest palm oil producer plunged 9.3% to 1.14 million tonnes, a level not seen in a year, hit by labour shortages and flooding.

Meanwhile, the world’s top producer and exporter of palm oil Indonesia will require producers to sell 30%, up from the current 20%, of their planned exports to the domestic market. 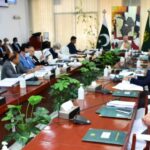 Malaysian palm futures held above MYR 5,000 per tonne during the third week of January, not far from a record high of MYR 5,161 hit […]