Brent Crude: Oil rose more than 5% to above $121 per barrel on Wednesday, after Russia pledged that the storm in the Black Sea damaged one of the world’s biggest oil pipelines, disrupting exports from Russia and Kazakhstan and possible wiping out 1 million bpd from markets.

The latest data from the EIA Petroleum Status Report showed US crude stocks fell by 2.508 million barrels last week, after a 4.345 million rise in the previous period and defying market expectations for an increase.

On top of that, markets remained on edge over the prospect of further sanctions as US President Joe Biden is scheduled to meet with European leaders on Thursday to discuss Russia’s invasion of Ukraine 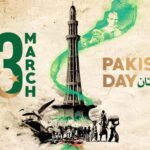 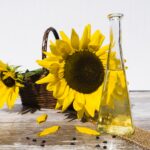 Next Article The quota for the export of sunflower oil from Russia from April 15 may reach 1.5 million tons

Crude Oil : Prices fell almost 3% to a near 9-month low on Monday, with WTI crude futures trading below $77 per barrel as fears […]