BEIJING: Although, China is a large country, olive trees can only be planted in some limited areas along the middle and upper reaches of the Yangtze River. Now, the total cultivation area of the olive trees in China is only about 400,000 hectares.

Meanwhile, Pakistan has immense potential in cultivation of olive trees owing to its suitable topography and climate from north to south. Olive is a subtropical evergreen tree, cold and drought resistant, as well as a long-lived tree with strong growth capacity.

Therefore, water scarce areas such as Suleiman Mountains near Waziristan, plains in Balochistan and diverse terrain in Punjab offer an environment for low-irrigation olive farming.

If olives are planted on all arable land in Pakistan, the country could become one of the world’s leading olive oil producers and exporters, creating a large number of jobs and earning a large amount of foreign exchange.

These views were expressed by Cheng Xizhong, Visiting Professor of Southwest University of Political Science and Law and Senior Fellow of the Charhar Institute in an article published by CEN on Saturday. Pakistan now has a cultivation area of about 27,000 hectares.

The Pakistani government attaches great importance to the development of the olive cultivation industry and plans to expand the planting area to 70,000 hectares. With the improvement of living standards, Chinese people especially like to consume olive oil. Last year, the consumption of olive oil exceeded 60,000 tons, of which about 30,000 tons were imported, mainly from Spain, Italy, Turkey, Greece and Australia.

Although China is not a big country in olive tree cultivation and olive oil production, relevant technologies are in a leading position in the world.

With the large-scale expansion of olive tree cultivation in Pakistan and the close technical cooperation between China and Pakistan in this regard, China may become a huge market of olive products from Pakistan in the future.

In terms of cooperation, I would like to tell my Pakistani friends something. There are mainly four major olive tree cultivation bases in China, one is Kaijiang County of Sichuan Province, the other is Longnan City of Gansu Province, the third is the low mountain valley area along the Three Gorges of the Yangtze River, and the fourth is the dry and hot valley area of the Jinsha River.

In addition, in recent years, more than 7,000 hectares of olive trees have been planted in Guangyuan City of Sichuan Province, which has become another important olive cultivation base in China. 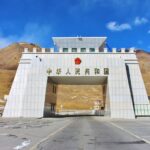 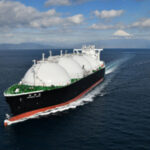 Chicago Soybean Oil: rose past $15.7 per bushel in the fourth week of August, the highest in nine weeks on concerns about weather damage to […]

Soybean futures: Extended gains to $16 a bushel, the highest since May amid supply concerns from the world’s largest exporters of processed soy. Argentina and […]